Behind the Scenes with a Recurring Legacies Cast Member 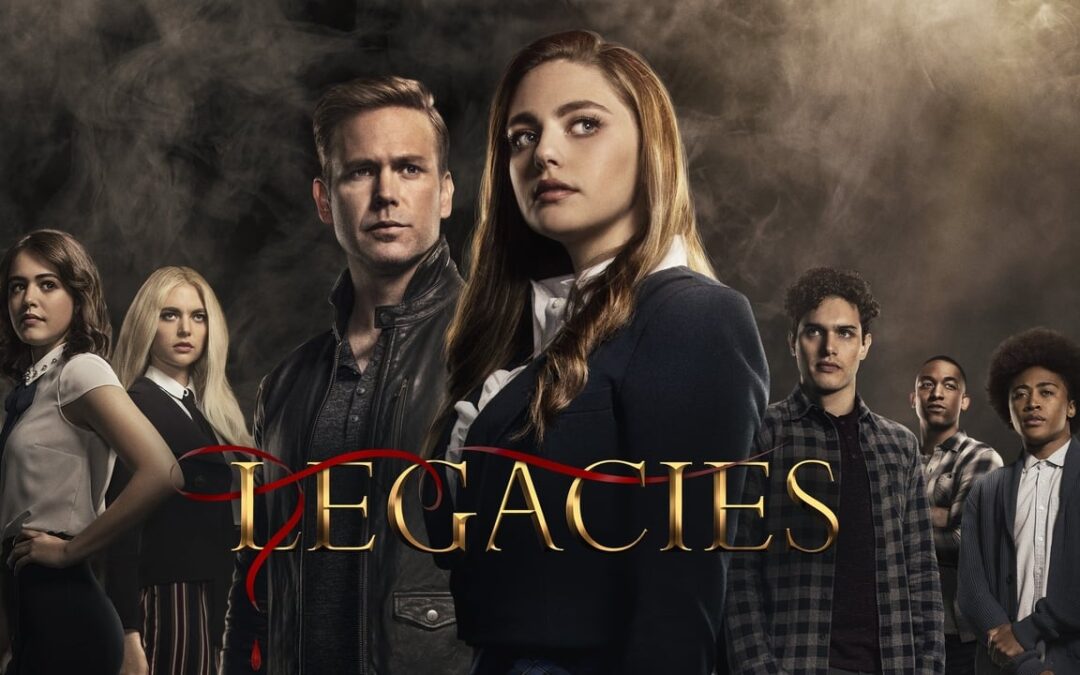 This week, we got the unique opportunity to sit down with Sam Shepherd, a recurring Legacies cast member, and find out what it was like to work on the show from season 2 until the finale.

As a Covington, Georgia native, Sam’s been around the VDU and other filming projects for years, and she’s known for a while that she wanted to work in film.

When Legacies started, Sam (a high school student then) would hang out in Covington Square to do her homework while she watched the filming. This allowed her to meet several of the show’s Production Assistants, who helped her get into working with the show. 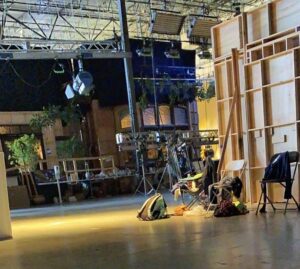 Sam’s view while waiting to get called up for filming

After Sam was cast, she began working as a background character fairly regularly. She’d get a call or email asking if she was available to come in for specific days, and she’d show up to the set, planning to spend anywhere from 8 to 14 hours there.

“Everything is hurry up and wait,” she said. “You’re either moving around or sitting for hours.” But that was fine with Sam. She’d bring her homework or a book to read, and many other background characters would do the same.

Sam was frequently cast as a student at the Salvatore Boarding School, allowing her to be in on many fun and different scenes. Some days, she was told to wear specific colors for the shooting. Other times, they’d call her in to get fitted with a uniform or particular outfit for the episode.

Waiting at the studio for a scene

Sam also had the opportunity to stand in as a photo double for Landon one day because he was running late. It was just for a couple seconds of film time, but a unique experience all the same.

Special Moments on the Legacies Set 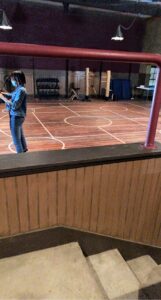 Spoiler: The actual school gym set was way smaller than the show made it look

The field day episode (“We’re Not Worthy”) was Sam’s favorite experience because it was such a fun one to film. However, she also recalled that it was the longest filming experience. They actually started filming it a week before COVID hit and didn’t get to finish until filming could start again later that year.

She also shared that the mud on Kaylee Bryant wasn’t actually mud! It was so cold when they did the shot that they had to use a slime substitute for the shot. Now you know! But Sam’s favorite part of the whole experience was making friends with a couple of the main cast members, particularly Jenny Boyd. She recalled that Jenny (Lizzie Saltzman) was funny and sweet, and Sam enjoyed getting to know her.

Although there’s an unspoken rule that background characters don’t interact with main cast members, a few approached Sam over the years, allowing her to get to know them.

What’s Next for Sam?

With Legacies over, it’s time for Sam to move on to new projects. While she’s understandably sad about the show ending, she’s also grateful that it ended when it did with such a great finale.

But she’ll definitely miss all the friends she made over the years. “I know we’ll all never be on the same set at the same time again,” she said. “The last day of filming was really emotional.”

However, Sam’s future is bright, as she’s now studying film and media at Georgia State and the Georgia Film Academy.

She just applied for a new project, and with so many Marvel movies working in the area, she has high hopes that she’ll be able to work on one of those sets someday soon.

And if you’re interested in seeing where Legacies was filmed, be sure to visit Conyers, Georgia, and take a behind-the-scenes tour with Filmed in the South!

Other Legacies Posts to Check Out

10 Shows You Didn’t Know Were Filmed in Conyers, GA