Behind the Scenes with a Vampire Diaries Extra 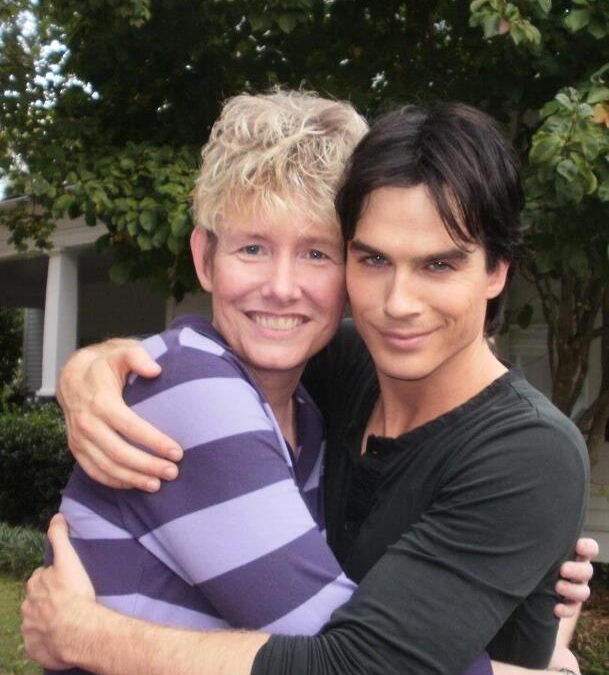 If you’ve ever wondered what it would’ve been like to be on the Vampire Diaries, this post is for you! Today, we’re taking you behind the scenes with one of our tour guides, 3-time Vampire Diaries extra Christie Copeland, who was also on-site for all eight seasons of filming.

For most of Season 1, Christie wasn’t into the show. But when some friends invited her to watch the on-site filming, she was immediately hooked.

It’s no surprise that Ian Somerhalder is what initially caught her eye. But aside from the chance to meet the cast, Christie loved watching the TV show come together. “So much goes into it. They’d film the same thing for 8 hours, and the clip could be 5 minutes. ”

At the end of season 1, Christie and her friends were cast as extras for the finale. “I think we all probably screamed and yelled,” she said. “It was just exciting to think about being on a show that you like.” She added that at that time, they had no idea how big the show was gonna be. 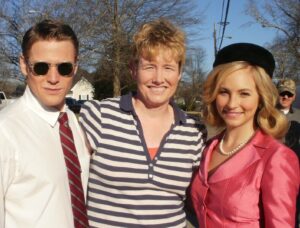 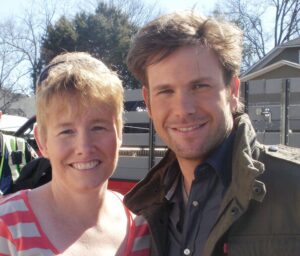 Working as an Extra

Christie made her debut in “Founder’s Day.” She’s in the crowd standing over Mayor Lockwood after the siren for the vampires makes him drop. It’s a short scene, but it actually took quite a while to film.

“When we worked the “Founder’s Day” episode, they had extras for 4 days. We worked 3 of them, 12 and 14-hour days.” She clarified that much of that time was sitting around waiting to be called on. But she enjoyed it because she wanted to see what they’d do next. “It could get long and monotonous, but overall we loved it.” 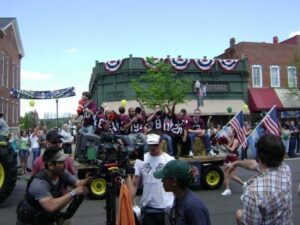 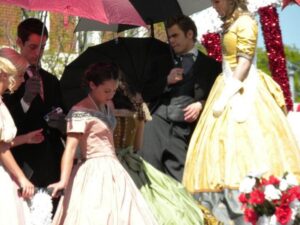 Christie ended up getting cast two more times on Vampire Diaries, including the school barbecue scene in Season 2, Episode 12 (“The Descent“), and the graduation scene in the Season 4 finale (“Graduation“).

The casting director always gave general instructions on what to wear (no red, white, or green because it always conflicted with the lighting). The extras had to find an appropriate outfit and then wear it for the next 3 days!

Christie also recalled working crazy hours, like 3 pm to 3 am. But that didn’t bother her because she spent many Friday nights outside until 5 am, watching the film crews from the sidelines.

She actually enjoyed being on the sidelines just as much as being an extra because (spoiler) you can’t talk to the cast when you’re an extra! You have more opportunities to get pictures with the cast when you’re a spectator. But if someone catches you doing that as an extra, you could get banned from working there again.

In Christie’s case, she booked enough hours cheering on the sidelines to meet every major cast member and develop relationships with some of them. That gave her some leeway to interact with the cast in seasons 2 and 4 when she was an extra. 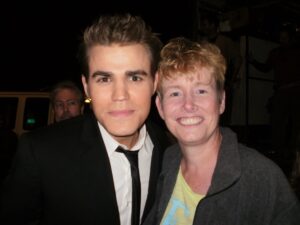 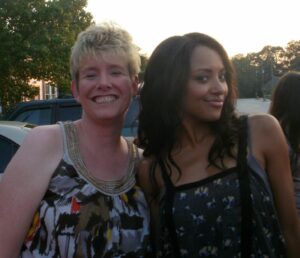 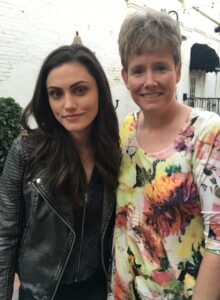 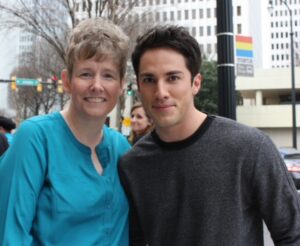 “We put in the time,” she said. “If you stand back and you’re respectful, they treat you that way.” (BTW, Ian Somerhalder knows her by name, and she has a collection of selfies with him that would make any fangirl jealous, so it paid off!)

Her advice to others thinking about applying to be an extra is “Go do it! Try it and see what you think” because you might not get another chance.